What Chemicals Are in Vaping Liquid, Is Vaping Better Than Smoking Cigarettes! 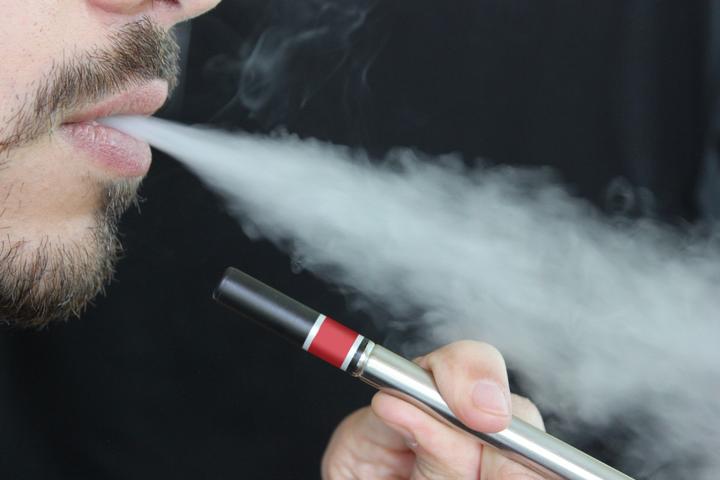 Vaping carries with it certain connotations however in North America, it’s been a way out for smokers. Quitting smoking is a big health booster however more than 70% of smokers struggle giving up the habit. Smoking harms everything in the body, from the heart and lungs to the liver. Heart disease and lung cancer are two of the more common conditions associated with cigarettes. For those wanting to make a change, vaping’s been a transitional way out.

To vape, one must have an electronic cigarette, or e-cigarette, or vaping cartridge. A lot of consumers do not have full knowledge of how vaping works, what’s in vaping liquid, or the advantages of vaping over cigarettes. Instead, there are concerns over how vaping devices should be advertised and their health implications among young people. A particular concern is what’s in vaping liquid and how harmful it is to the average human – here’s that question answered.

What are the basics of a vaping liquid?

In your average vaping liquid, you’re going to get a mixture of glycerin, propylene glycol, an option of nicotine, benzoic acid, and flavour additives. The most common flavours chosen in a vaping liquid is either tobacco-flavoured as to mimic a cigarette, or mint and/or menthol. Like beverages, foods, and cosmetics, the ingredients in any vaping liquid need to be regarded as safe – including the chemicals involved.

Nicotine is the primary chemical used in vaping liquids. Nicotine is a chemical our bodies grow addicted to. They cause a person to crave it, just like they would if it was sugar or slat. Though entirely toxic to the body, nicotine can also elevate blood pressure and spike adrenaline. A nicotine-based vaping liquid can be somewhat bad for your health long-term however it’s no more effective than a cigarette at least from the perspective of nicotine inclusion.

Vaping is less harmful than traditional smoking, by a lot. In the average cigarette, you have approximately up to 7,000 chemicals the body takes in. Vaping has very few chemicals. In fact, some vaping liquids come nicotine-free. How many chemicals are in a vaping liquid does vary according to whether there’s nicotine in it or not and what sort of flavouring there is. There are significantly fewer toxins in vaping than in cigarettes which admittedly says a lot about their public health safety.

You don’t need the nicotine

If you are an inexperienced vaper or do not smoke and are coming to vaping as a virgin, it’s strongly advised to choose a nicotine-free variety. You don’t need the nicotine and it’ll save a chemical that your body doesn’t need. The reason why some doctors claim vaping is worse or equal to cigarettes is because there are high-strength cartridges out there and users don’t necessarily know how to use them. The combination of these two things means more nicotine provided to the body. If you’re not coming to it as a smoker looking to quit, save yourself the addiction and choose a nicotine-free vaping liquid.

What is vegetable glycerin?

What is propylene glycol?

What is benzoic acid?

Benzoic acid is found naturally in some plants but is also used commercially in dyes, perfumes, insect repellants, and food preservatives. Benzoic acid, like so many of the other perceived chemicals in vaping liquids, is actually an all-natural substance.

Is nicotine really all that harmful?

Nicotine, in short, is very harmful. It is what so many cigarette smokers form an addiction to. Unfortunately, it is oftentimes the other chemicals in cigarettes which can be just as cancer-causing as nicotine, if not more so. Nicotine was deemed by the US surgeon general to be “just as addictive as cocaine or heroin”. Needless to say, e-cigarettes and vaping liquids don’t have chemical dangers like cigarettes do.

There are 1,000s of vaping liquid flavours out there

Analyzing the current vaping liquid market in North America, a recent study found in excess of 7,000 flavours. A lot of these are from low-quality producers, meaning what’s used in these are undocumented. This is also a category of product that is largely unregulated. There are also available flavours that a recent study by the US FDA found that as chemicals break down, aldehydes are produced – otherwise known as formaldehyde – which is toxic to human beings. Buying unlicensed, unregulated, low-quality vaping liquids may come with a risk. Their safety’s unproven.

There is such a thing as excessive vaping. If you do so with a product you don’t fully trust and/or if you’re not being safe while vaping, you could irritate the lungs. Some skin and lung irritation is found when certain chemicals in some varieties of vaping liquids are inhaled in large amounts. Again, this relies on one having a low-quality liquid or vaping incorrectly. It also bears saying in large amounts, almost anything’s dangerous. Fats, proteins, sugars, salt, etc. If you want to vape, learn how to do it properly and purchase a vaping liquid from a reliable brand.

How safe are vaping liquids?

Numerous studies have been published and are ongoing on how safe vaping liquids and e-cigarettes are. No study produced has thus far been able to say unequivocally that vaping’s unsafe. It isn’t. The quality of the vaping liquid, however, can be called into question. The many varieties mean there are very well flavours out here that may produce unsafe, toxic chemicals. Quality vaping liquids come from quality brands. That’s why we strongly recommend shopping brands you trust in full, that are well-established, and that know their stuff. You don’t want to put your health or the health of anyone you’re sharing a vape with at risk. Buy your vape accessories with confidence from Smokevape.ca